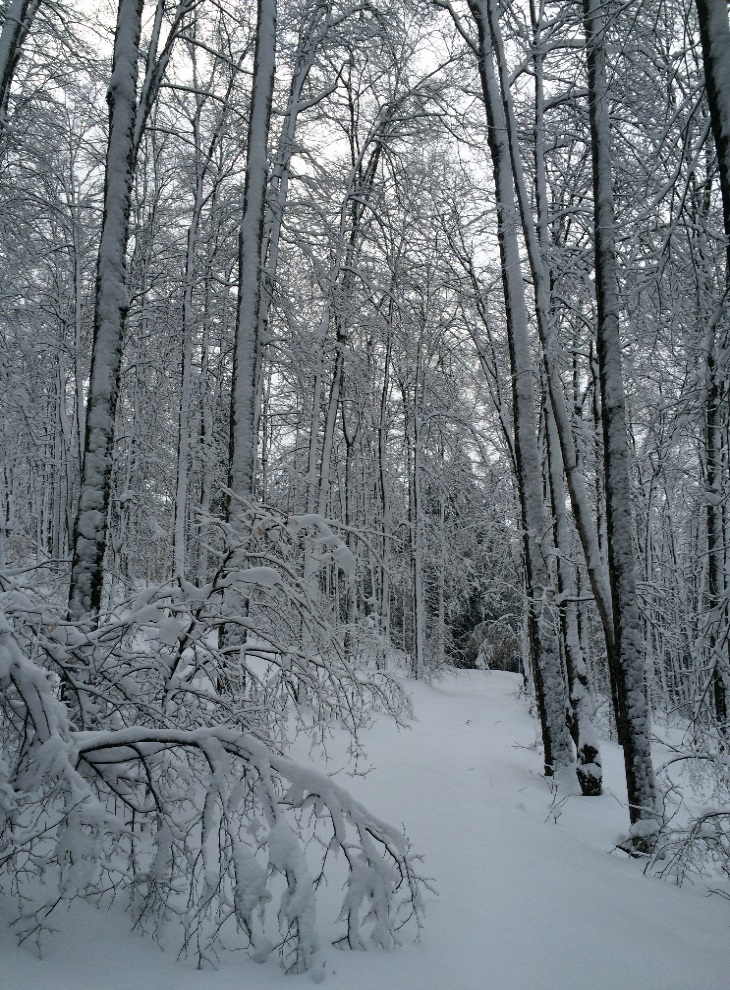 Winter’s grip on most of us has usually worn out its welcome by the time March comes around. But for many woodland owners the lingering presence of snow and cold is a harbinger of the impending maple sugaring season.  Romanced as the ‘Sweet Season’ by some, it is in reality 8-10 weeks of erratic, fast-paced working hours and intense weather watching to collect, process, and package Vermont’s 1.9 million gallons of maple syrup. Our little Green Mountain State is the country’s largest producer of maple syrup, accounting for about 44% of the nation’s production.

It should be no surprise then to realize the association between bountiful maple syrup production with forests of bountiful sugar maple trees. With this direct connection it would be tempting to maximize syrup production by managing our forests exclusively for sugar maple trees. However intuitive it may seem, a forest mono culture is actually very counterproductive on a number of levels. Maybe the most important are the lack of resiliency to disease, insect invasion, and extreme weather events. Imagine the feast an invasion of Asian longhorn beetles would have in a mono culture of sugar maples compared to the resistance in finding feeding sites they would encounter in a diverse stand. Putting all of your eggs in one basket is always risky. Second, without tree diversity, wildlife diversity is also lost. The two realms interact exponentially to magnify the forest’s diversity which, in turn, leads to a dynamic and vibrant forest ecosystem more resilient than any mono culture could be.

The tangible evidence of forest health is in the variety of plants and animals to be seen in the sugarbush. Providing vertical and horizontal layers of trees, shrubs, and succulent plants provides a variety of feeding and nesting niches from the forest floor to the very top of the canopy which are occupied by an equal variety of forest birds. In fact, Vermont’s forests host some of the greatest diversity of breeding bird species in North America.

Examples of the species one would expect to hear or see include the ground nesting Ovenbird who’s unforgettable crescendo of Teacher!, Teacher!, Teacher! abounds in June’s forest. Next up on the ladder would be the Wood Thrush and our state bird, the Hermit Thrush. Both species have the tell-tale song of ethereal flute-like notes that trill and trail off. Robert Frost was so captivated by them that he wrote of ‘thrush music’ as an invitation in his seminal poem Come In.

As we look higher into the mid-canopy of the sugarbush we would find the Black-throated Blue Warbler then next, the Black-throated Green Warbler. Both are strikingly colored with their contrasting black throats against a blue and green body, respectively. Their songs can be discerned by the variations in the way they use the phrase ‘Zeee.’  It takes a little practice but very easy to master.

At the top of the canopy is where the Scarlet Tanager will be found. One of the most vivid birds to be seen in the forest, he is decorated as his name implies with a brilliant scarlet red body sharply contrasting with his jet-black wings. He has a melodic song like a robin but sounds as though he is singing with a scratchy throat.   Nevertheless, classical composer Antonin Dvorak was so possessed by the song and appearance of the tanager that, while on a visit to the United States, he included the bird in his famous American Quartet as represented by a unique series of stringed notes.

There isn’t space enough to describe the dozens and dozens of bird species to be found in a diverse sugarbush. If these six species can be observed nesting in your sugarbush, or that of your neighbor’s, chances are good habitat abounds. With attentive forest management planning, goals to achieve horizontal and vertical structure, good numbers of cavity trees and fallen stems, and all the components that comprise a healthy forest, this can easily be accomplished. Doing so will not only provide habitat for these essential and precious residents of our woodlands but will ensure good and sustained crops of maple syrup for years to come as well.

For more information about forest birds and sugarbush management a free consultation with Vermont Fish and Wildlife Department biologists (http://www.vtfishandwildlife.com/get_involved/partner_in_conservation/eqip_for_wildlife_habitat/) and VWA foresters (https://www.vermontwoodlands.org/ ) can help greatly with decision making. Vermont Audubon also can provide assistance through their Bird Friendly Sugarbush program. Follow this link to their website on the subject: (http://vt.audubon.org/conservation/working-lands/landing/bird-friendly-maple-project).