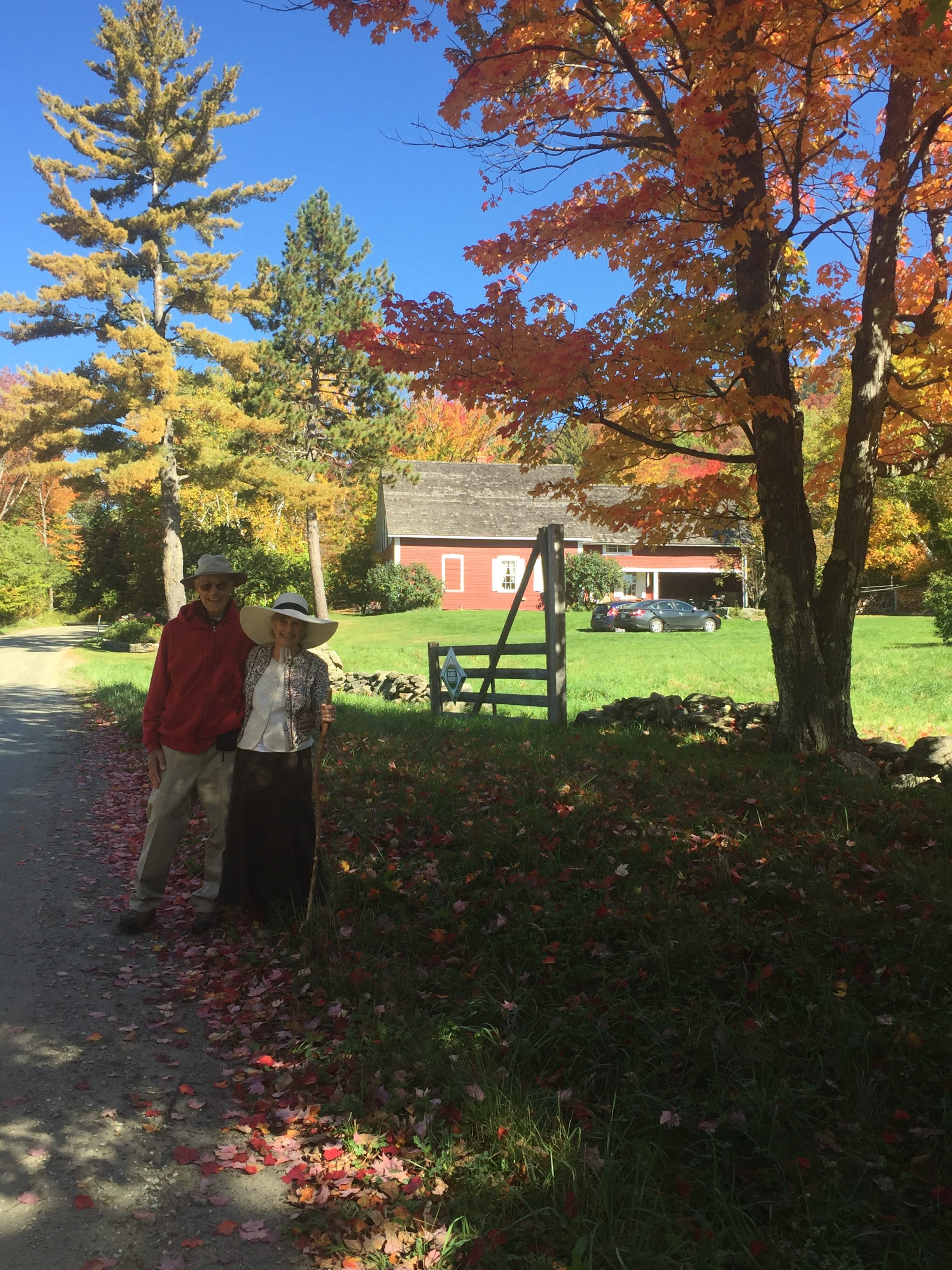 The Old John Vinton Hill Farm: The Roots of History and Trees by Peter and Julie Parker

There are models of forest balance in America that sustain both wildlife and human habitat. These models composed of trees we revere not only support employment and recreation, they are also a vital part of our world’s esthetic and history. They are unique in their ability to renew our environment, restore alienated spirits and maintain our global civilization. They are our connection to an earth whose past we idealize because our present and future feel so rooted in uncertainty. Most of these sustainable forests have rich, idiosyncratic farm histories. They played a role in the formation of our country when love was not lost on wilderness. How these woodlands once supported 19th century families and how we can today provide the pivot point for their and our survival is the challenge. It can be done one place at a time.

The farm we know personally has endured thanks to early settlers wielding hand-hewn axes and present-day owners with chain saws. It is a little hill farm in central Vermont straddling a rugged hollow and shoulder slope of the Green Mountains. It is known as the Old John Vinton Hill Farm on the North Hollow Road in Granville.

Had John Vinton peered into the future in 1820 and come across the term “stewardship forestry,” it would have been incomprehensible to him. His job, like his neighbors, was to speedily axe a clearing into the thick and endless wilderness to secure the virgin plot he had been granted. A grant usually consisted of 100 to 200 acres in wilds that had only been traversed by surveyors and Indian parties. A dwelling must be built upon it within two years if one was to earn free title to one’s land. The forest was the enemy to eradicate. To “sustain” it would have been suicidal.

The Vinton Family Genealogy of 1858 dispatches with senior John Vinton, born 1792, in two acid-stained lines: “Resides in Granville, Vermont a rough mountain town…” John followed the social norm of the time by marrying Charlotte Lamb, daughter of the nearest neighbor down the road. Together they raised a family of seven sons and three daughters who converted the virgin wilderness into a home site surrounded by pastures and planting fields. The children trod the wide pine floorboards of the house as we do now. In winter they were listed as “scholars” in School No. Two just beyond the lamb farm, now a neighbor’s summer home which still has two front doors and its original blackboard. The family grave marker thrusts upward nobly in the abandoned cemetery next to our arm with the siblings’ names and births carved for posterity. Their deaths were left to be recorded on other stones in other towns, some in the beckoning Midwest.

A hill farm in Vermont pits man against rock if he wants tillable soil. As we hike our lands we witness Vinton toil in the stone walls that mark boundary lines. Buried now in thick forests that have reclaimed their origins these tumbled rock barriers once separated field from sheep pasture. John and his kin were survivors, but hill farms to this day are referred to in derogatory tones by the locals.

The energy spent rock-removing this ten-acre plot shows its special importance to the subsistence of this family of twelve settled in their little hollow of the Green Mountains. It grew crops like oats, wheat, beans, rye, and Irish potatoes. The Vintons cultivated, sowed and harvested with back-breaking grit. They also churned out 100 pounds of cheese, 400 pounds of butter, 30 tons of hay, 300 pounds of maple syrup, and $50 worth of “orchard products” one year. Hard cider, drunk by young and old, eased the pain. The 1850 town tax list billed old John for, in addition to his team of oxen, five milk cows, twelve cattle, seven horses, six swine, and ninety sheep (plus 270 pounds of wool) that grazed the highest slopes bare. These are now deep wilderness roamed by bears and moose.

Gradually life became too hard on this hill farm to sustain a family. The younger generation opted to follow John Deere, a brother-in-law to Charlotte Vinton, to greener pastures in Moline, Illinois where a steel plow would soon revolutionize agriculture. By the famous flood of 1927 which took out half the homes and livelihoods of the townspeople in the White River Valley, hill farms had been abandoned or taken in receivership by grocery store owners and a bobbin mill.

In 1981 Vermonter Tom Bahre, Addison County forester at the time, walked our new land with us during two days of free consultation. We were new to forestry. We had fallen in love with the unspoiled little red farmhouse and its woodlands, sold to us by two school teachers that had rescued it from resident porcupines in 1941. They had set out a white pine plantation on the level ten acres old John and his family had transformed for grain crops. As we fought our way through the stiff under-branches, Tom explained why this was where we should put our first effort. In the summers to come, with our nephews’ summer help, we pruned 700 of the best pine trunks using only an extension ladder and pole saws.

With the help of private forester Randy Wilcox, we made a long-term plan for our forest. We began to see our woodlands as a modest source of income that would protect us from the need ever to slice off a piece of building lot for quick cash. The tendency to split land into spaghetti lots fractures wildlife habitat.

The idea of encouraging bears, panthers, and moose to proliferate would have appeared madness to John Vinton. Yet today we celebrate the return of bears and moose. These animals can co-habit with people at the foot of mountains if their travel patterns are not too interrupted. Moose have adapted to homes with their earth ponds and are quite content to take a swim or lunch in old John’s apple trees in our orchard a stone’s throw from the kitchen porch.

One hundred and seventy years ago the Vinton family came to a lonely Vermont wilderness and tamed it. They lived grueling but fulfilling lives here, laying a base for our own arrivals and departures, which often feel like guest privileges. It is a connection we hold with the past through place rather than blood relationship. They left descendants, some never budging far, to become native Vermonters, while others migrated westward to new destinies. They died leaving humble traces found mainly in dates on cemetery stones but found also by reading their work patterns. In only a handful of decades we too will be remembered by our grandchildren for the ways we have altered land features. One hundred and seventy years from now. Will they know how to read our patterns and build upon them? This small Vermont farm has survived by a thread and is certainly endangered. We hope that new keepers of the Old John Vinton farm will appreciate it, for it is one small model of forest balance in America that connects us to stewards of land we will never know, but will speak with through the trees that outlive us. [Reprinted from Northern New England Review 2004]

Note: Peter and Julie Parker’s 564-acre property in Granville was enrolled as Tree Farm #1042 in 2005, subsequent to the original publication of this story.