“Through Tangents in Life”: Dan Healey 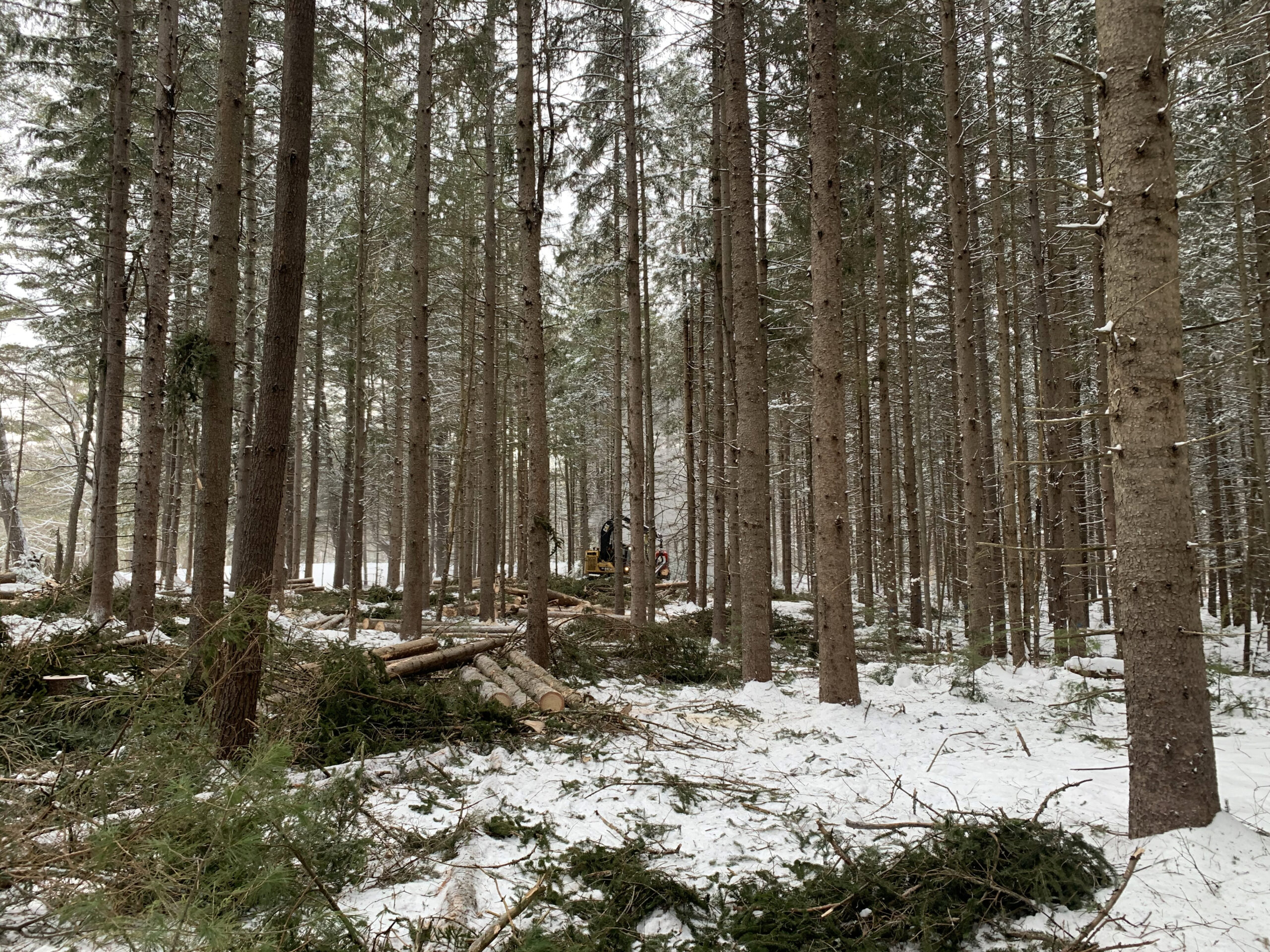 “Through Tangents in Life”: Dan Healey

Dan Healey is a Vermont licensed consulting forester from Brattleboro. Dan works for Long View Forest where he is one of five consulting foresters in the company. Dan’s work mainly revolves around forest management on private forest land.

For Dan, forestry was an interest that slowly grew into a passion. He said his involvement in forestry came about through, “tangents in his life.” His work in the woods began in 2002 when he worked as a trail worker in the White Mountains of New Hampshire. Eventually Dan sought work as a timber framer but was not finding many opportunities. Around this time a friend suggested that he should check with a new logging company that had formed in Vermont called Long View Forest. He did and he began doing seasonal logging work for the company. For a time, he split his time with both jobs, spending half the year logging in VT working with Long View, and the other working in NH.

At Long View he began to learn about forestry “from the ground up,” as he said. After meeting his wife, he settled in Vermont and left Long View to start his own independent forest business. For five years Dan operated his own business focused on tree work, small-scale logging, and invasive plant control. While fulfilling, he often found himself stretched too thin running the business himself and it became too much. So, in 2012 the opportunity arose for him to rejoin Long View Forest and he did.

At this point Long View had grown from a logging company to also include a stewardship side of the business which got Dan into management work for the first time. Dan “apprenticed” as a forester learning the trade with forester Andy Sheere and friend and mentor Irwin Post. Dan did not have a degree in forestry which made his licensure process more challenging, but through his acquired knowledge and experience in the forest industry he was able to become an officially licensed forester in 2016.

Long View Forest offers three main sectors of services: forest management, woodland services, and contracting. As a forester, Dan’s work falls under the forest management category. Most of his work involves forest management planning, particularly when it comes to land enrolled in Vermont’s Use Vale Assessment (Current Use) program. Planning and managing timber cutting projects is another duty of his job. Other duties include forest inventory, mapping, assessment, and property boundary maintenance. While most of his projects are for private land, he does do projects for organizations and municipalities also. Long View works projects anywhere in the Connecticut River Valley so his work takes him to different places in VT, NH, and Massachusetts.

Forestry is a trade that involves people of all different kinds. Dan described his work as, “half biological science and half social science.” This is an aspect of forestry that he enjoys, but it also is a challenge. With any job Dan has to do a good job of communicating to those involved what is being done, educate on matters they may not understand, listen to their input, accomplish what they wish, and manage conflicts that may arise. This becomes more complex when working with organizations or municipalities since multiple voices are involved.

Challenges arise in peoples’ perceptions of forest management. For a long time, forests were not managed properly and damage was done leading many to have an untrustworthy view of forestry and logging. This is especially true of timber management because people may not understand why trees are being cut. Whether or not they are being cut for the health of the forest, logging always “looks messy” at first which can lead to problems with people. Dan must also “manage expectations” of his clients. They may have big plans for what they want done, but he must determine what is realistic from an operational and ecological standpoint.

Despite these challenges working with people is one of the more gratifying aspects of Dan’s job. He enjoys educating clients and the public alike on forestry. He takes great satisfaction when people understand the woods better and the work he does even if they do not agree with the work being done. His ability to work well with all kinds of people is a strength of his.

Dan also enjoys the variety that comes with the job of forestry. Forestry involves multiple disciplines. Any job could require him to work with trees, soil, wildlife, business, civics, and many disciplines. It involves office work and working in the field. He also explained that forestry jobs are different depending on which part of the state and region of the Northeast a project is found. In the southern part of the region there tends to be more privately owned land. These types of woodlands are typically smaller and seen as an extension of the landowners’ backyards so management and timber harvesting can be more nuanced than in north, where industrial forestland is more common. This variety keeps Dan engaged and always testing his skills, which he enjoys.

Dan has a unique perspective as a forester in that he worked as a logger for many years prior to becoming a forester. His logging background gave him much of his forestry know-how. He was able to learn about silviculture, what the forester does, and how the logger works with him through his time in logging. His experience in logging helps him greatly in operations and set-up when it comes to managing a timber project. Having done the actual cutting portion of a timber project Dan knows what is possible and what is not when using machinery and operating in the forests. While foresters eventually learn this “on-the-ground” knowledge of logging, Dan feels he has a head start since he has worked that side of the industry before.

As a forester Dan seeks to always be transparent, honest, and professional with his clients. He knows the landowner comes first in that he works to carry out their vision, but he also recognizes that he serves the forest itself too and wants to leave it in a better condition than when he found it. He also seeks to regenerate forests when called for. He said that there is a need for new trees and the restoration of forests/creation of new forests. By doing this he feels he is helping to fix the forestry mistakes of the past.

Dan encourages landowners to use consulting foresters because of their expertise and the lasting impacts they can have on a forest. Dan described a forest as a garden that takes 100 years to grow. If a garden is not tended to consistently it can be overrun quickly and your crops will not produce well. Similarly, if a forest is not properly managed it can become unhealthy which can lead to long lasting problems. While there are many savvy landowners that are well-

informed in forestry, foresters are trained to manage woodlands so they have the knowledge and skill to handle and properly manage forests. Dan compared it to a financial advisor handling one’s money. They are trained to handle and grow someone’s assets and can do it better than the average, amateur investor. Much like a forester can manage a forest better than a landowner trying to do it on their own.

Dan became a VWA member about four years ago so he is still a fairly recent addition to the organization. He usually attends the annual meeting as well as webinars and workshops from time to time. He also hosted a workshop a few years ago.