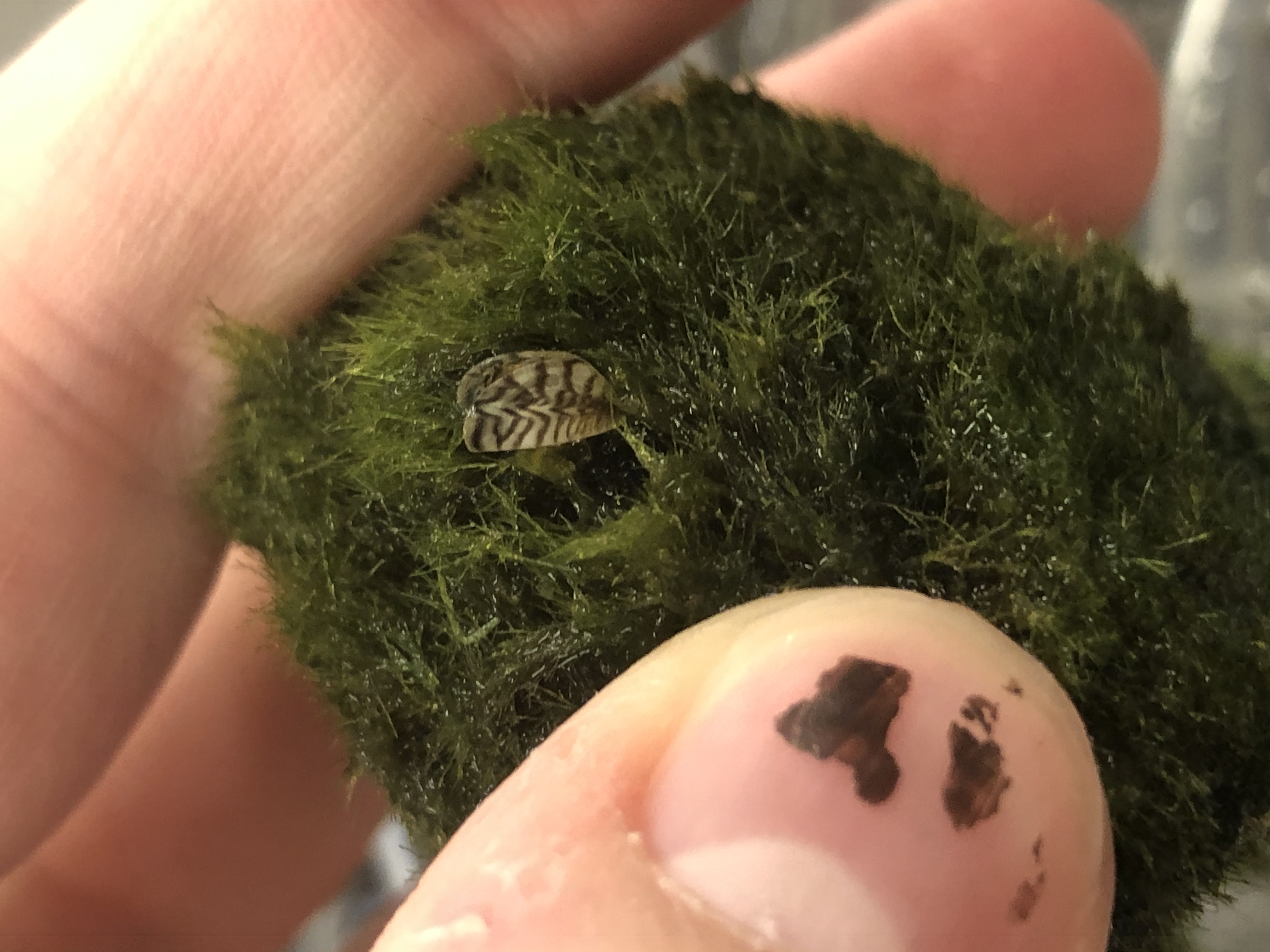 Vermont Agency of Natural Resources staff scientists were alerted last week that an aquarium plant sold within Vermont and throughout the country may contain an invasive aquatic animal species, zebra mussels (Dreissena polymorpha). The aquarium plant commonly known as moss balls, may be sold under names including “Beta Buddy Marimo Balls,” “Mini Marimo Moss Balls,” and “Marimo Moss Ball Plant” and were available to purchase in large department stores or through online sales. While the plant is benign, the plants may harbor zebra mussels within the plant, or within the packaging.

Zebra mussels are a small freshwater mollusk aquatic invasive species that can reproduce rapidly and cause detrimental harm to the ecological balance within a water system. They can also cause an economic burden, clogging pipes and other underwater infrastructure. As filter-feeders, they prolifically consume microscopic aquatic life, which causes a potential impact to native mollusk species.

Zebra mussels first arrived in the Great Lakes in the 1980s via ballast water that was discharged by large ships from Europe. Zebra mussel adult specimens were first discovered in Vermont in Lake Champlain in 1993. They have also been discovered in Lake Bomoseen, Lake Dunmore, and in the Quebec portion of Lake Memphremagog.

Consumers who have recently purchased or acquired these items are encouraged to inspect the product or the aquarium for the presence of zebra mussels. If zebra mussels are discovered, it is recommended to remove, freeze or boil the plants and mussels, prior to disposal. If mussels were found, they may have reproduced and the aquarium should be decontaminated by dumping the aquarium water outside and away from a waterbody, and disinfecting the tank and materials with water diluted with a bleach solution.

This discovery of zebra mussels throughout the county has caused a widespread national quarantine on the product and enforcement checks by state agencies to ensure the quarantine measures are taken. Fortunately, the small number of stores that sell these products in Vermont have agreed to remove the products from shelves, and only one contaminated specimen was found and removed.

The discovery of a contaminated aquarium product available for sale in Vermont highlights the critical importance for all aquarium enthusiasts to be informed about and prevent the spread of aquatic invasive species. The aquarium trade is one of the major vectors for the introduction of aquatic invasive species caused by the illegal dumping of aquariums in waterbodies, or flushing aquarium water down drains, which can eventually lead to waterbodies.

For more information, visit https://dec.vermont.gov/watershed/lakes-ponds/aquatic-invasives and the USFWS page on zebra mussel disposal.