Loss of Undeveloped Woodland in VT 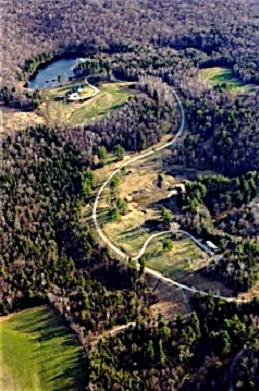 Loss of Undeveloped Woodland in VT

A new report by the Vermont Natural Resources Council (VNRC) highlights the increasing loss of undeveloped woodland tracts in Vermont through parcelization, the breaking up of land into smaller and smaller parcels. The phenomenon of parcelization, which usually occurs through subdivision, is gaining momentum, and subsequent development is causing forest cover to decline in Vermont.  According to the U.S. Forest Service, Vermont may have lost 102,000 acres of forestland from 2012 to 2017.[1]

Depending on how it occurs, parcelization and development can lead to the following impacts:

VNRC worked with researchers and state agency partners to examine parcelization trends on private land in Vermont by using Grand List (tax) data and Use Value Appraisal (Current Use) Program data from 2004 to 2016. The following are some of the key trends from the research:

Residential acreage increased by 162,670 acres, which is a 7% increase over the study period. The amount of “woodland” parcels, which represent undeveloped forestland (there may be a seasonal camp), decreased by 147,684 acres, or approximately 15% over the study period (a portion of this was due to land shifting to public ownership).

The number of parcels with dwellings increased by 20,737 parcels on tracts less than 50 acres in size, which is an increase of 8.8% over the study period.

The study found that parcels enrolled in the forestland category in UVA in 2004 were more likely to remain as undeveloped “woodland” in 2016 compared to woodland not enrolled in the UVA Program.

The report includes a number of recommendations to help woodland owners including the following:

To read the report and explore the data visit https://vtforesttrends.vnrc.org