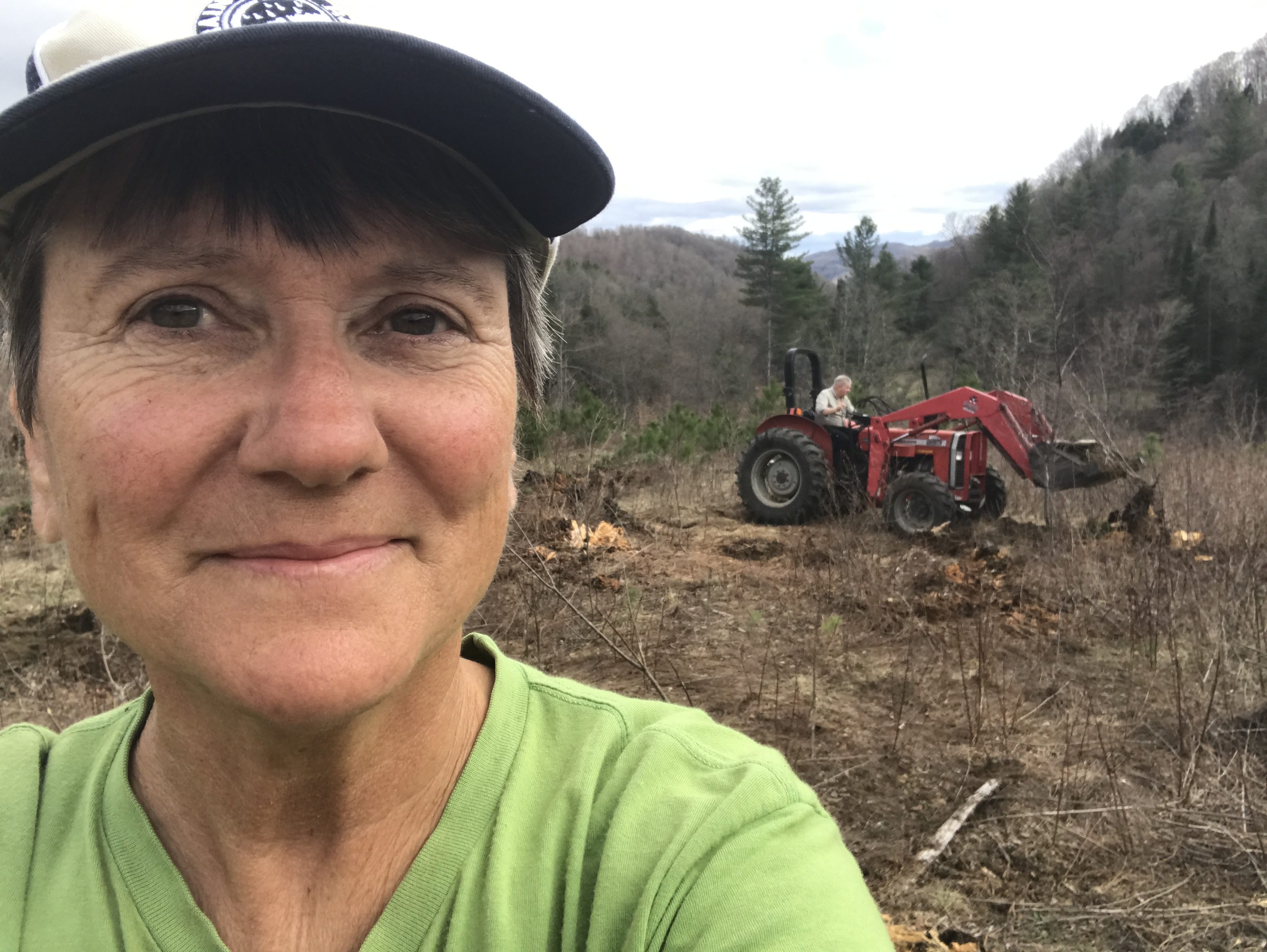 Ann Wade is the owner of a 127-acre woodland in Washington, VT. The parcel has been in her family for nearly 70 years. The land has much meaning to her and her family and she is working toward making it a space for other families to enjoy nature as well.

There is much history in Ann’s property. She explained that the land was originally settled in the early 1800’s and was cleared and fenced for farming sheep. A cemetery on property is a resting place for other original settlers of the area. The cemetery serves as a reminder to Ann of the hardships that our nation’s ancestors faced and she has developed a real appreciation for history in general because of it.

By the time her parents purchased the land in the 1950s it had been abandoned and “unloved” for many years. While the family lived in Illinois, they spent their summers in Vermont. Ann’s parents desired to eventually retire to VT, so they worked hard to make the property livable. Early on in their ownership they planted red pine trees on the property. However, their main focus was work on the property’s house and not the trees, so the pines did not perform well due to lack of care.

Eventually both her parents moved to VT permanently and Ann herself settled in the area in the 1980s working as a nurse. After her father died in 1993, she and her mother managed the property together until her mother’s passing in 2015. Ann has a sister who is a co-owner of the land as well, so it has been a family affair for a long time.

These days much of Ann’s work on her land is about maintaining what is there as she is not doing additional planting at this time. The parcel is enrolled in the Current Use program and the property is a certified Tree Farm. In 2009 the aforementioned red pines were clear cut. Since then, she has been reclaiming that portion of the land by releasing apple trees and hazelnut bushes. Recently, the land has been responding well as new growth is starting to take root in the area. Creating and maintaining habitat for wildlife is something she is passionate about. Ann is looking forward to the new growth reaching maturity as she said it will eventually “look like a park.” She also spends much time cutting firewood, and attempting to do her best with controlling invasive growth. Chervil, ground cover, shrubs, and other troublesome issues are particularly problematic and stressful.

Apart from invasive species control, Ann mentioned the labor intensiveness of being a steward of the land can be daunting. Keeping equipment maintained and operating is a hassle, and costly. Ann has two helpers that aid her in management tasks. However, they are getting older and she knows they will not be able to do it forever, so finding people willing to help her is
something she considers often. Her property has the propensity to be wet based on its location and features, so she sometimes needs rescuing after getting stuck somewhere. Having helpers is crucial when things like that happen. She hopes to connect with other landowners and develop a support system. Despite the challenges Ann greatly enjoys the work saying, “The land is demanding of time and effort, but I love it.”

As a former nurse Ann applies the doctor’s code of “do no harm” to managing her land. Any management activity she performs must ultimately respect nature and not cause damage to the area. She also takes a meditative approach to managing her land. She doesn’t do things in a hurry. Her work is deliberate and purposeful so she can take in her surroundings and see the processes of nature at work. An example of this was the clear cutting of the red pines in 2009. It
was suggested that she hurry with the de-stumping and hire a bulldozer, but she chose not to do so. Slowly, but surely, growth began to take shape in the form of the wild apple trees and hazelnut bushes. She would have missed out on this new growth had she redone the area quickly, so she is glad to have waited and let the plot work itself. She stated that going slowly helps her see the “preciousness of life.”

In 2017 Ann pulled one of the red pine stumps out of the ground and admired the graceful shape of the root. Now she has dozens of them on display, and plans to adorn her trails with these intriguing shapes. Some have been put on display at the Chelsea art show, and some local artists have taken interest in using them in their work. People do admire them and are
encouraged to dig their own, or have one of hers.

Managing a large property is not usually a one-person job. Consulting foresters and county foresters have been guiding figures in forming management plans for her property and helping her carry them out. Her longtime consulting forester retired in recent years so she is beginning to build the important relationship with her new consulting forester. She has also
benefitted greatly from organizations like the NRCS, Vermont Coverts, and the VWA. Her parents joined the VWA around 30 years ago and she became more involved starting in 2011. She has been an active participant throughout the years attending workshops and Tree Farm walks. She specifically talked about the land succession workshops as very helpful for her and her family after the death of her mother. The workshops helped her family chart the course for the future of their land.

Looking ahead, Ann wants to honor her mother&#39;s wish to keep the land intact and has a desire to make the property a place for family and friends to commune with nature and charge their batteries. Ann would eventually like to make a map of the property that includes the cemetery and trails she is cutting so people can have self-guided tours and hikes. She is also
considering building lean-tos and other rustic shelters in the woods for observing nature. Wildlife habitat is most important though with her land. She said her vision is to, “have beautiful places for people to enjoy being outdoors.” 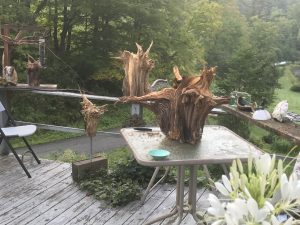 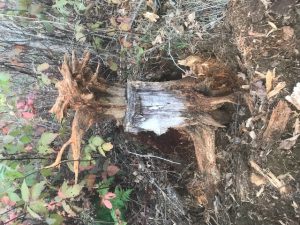