Can Vermont’s Forests Help Save the Planet? 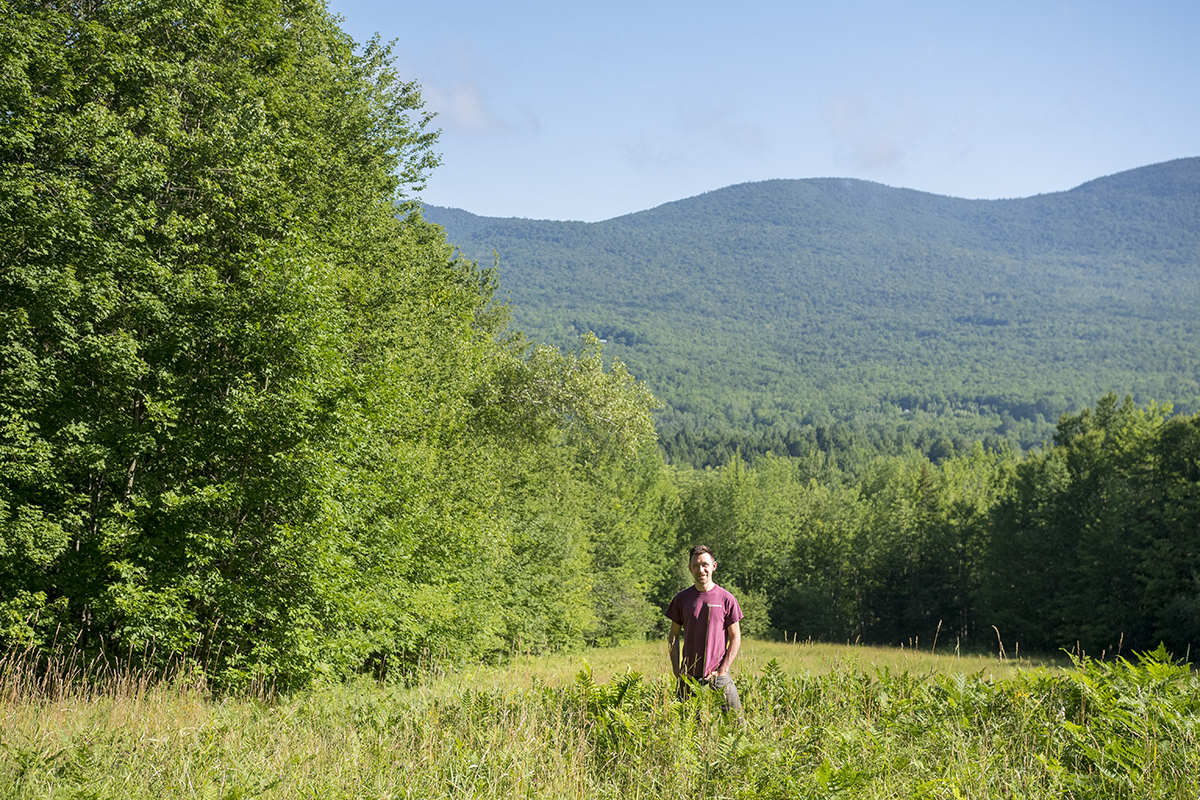 Can Vermont’s Forests Help Save the Planet?

The Cold Hollow Carbon project in Vermont’s Northeast Kingdom is the first co-op model in the country to successfully enter a voluntary carbon market.

Situated within the largest remaining intact temperate broadleaf forest on the planet, Vermont forests are part of a critical natural resource in the fight against climate change. Biologically adept at both drawing carbon out of the atmosphere through photosynthesis and storing carbon within their roots, trunks, and leaves, trees have an important role to play in the global effort to curb greenhouse gas emissions and ensure a healthy planet for future generations. And, thanks to a combination of growing carbon markets and some innovative thinking by Vermont’s forest industry, landowners stand to benefit from managing their forests for carbon storage.

Unlike the large tracts of forestland being managed for carbon storage in other parts of the world, 80 percent of Vermont’s forested land is privately owned, with a majority of parcels totaling 50 acres or less. Smaller parcels and multiple landowners complicate the extensive inventorying and monitoring requirements of entering forested land into a carbon market, the mechanism for monetizing forests for climate benefit, making the process prohibitively expensive for many.

Recognizing Vermont’s opportunity as well as its challenges, consulting forester Charlie Hancock and Vermont Land Trust president, Nick Richardson, hatched an idea to aggregate land in Vermont’s Northeast Kingdom. With support from The Nature Conservancy, Hancock and Richardson launched the Cold Hollow Carbon project, the first pilot demonstration forest project in the U.S. to successfully enter aggregated land into the carbon market. The pilot, which is now being viewed as a model for other parts of the country, consists of 12 parcels across ten landowners, totaling just shy of 7,500 acres. This spring, it was chosen by Amazon as part of its $10 million commitment to offset the company’s carbon footprint.

“Keeping forests as forests is the priority,” said Hancock, “but land is expensive to hold and manage, so we have to find ways to incentivize keeping forests intact.”

Pointing to conservation easements and Vermont’s Current Use program, both of which reduce tax burdens, as well as more traditional forms of income, such as maple syrup production and timber harvesting, Hancock sees the carbon market as another way for landowners to afford to keep their forests intact and prevent development or conversion to a non-forest use. The Cold Hollow Carbon project is expected to return between $25 and $47 per acre/year to landowners for the first 10 years.

Key to this pilot, the Cold Hollow Carbon project remains working land, with timber harvesting worked into the holistic management plan. The carbon offset, therefore, becomes an additional source of income for landowners, not an all-or-nothing proposition.

Jim Shallow, director of strategic conservation at The Nature Conservancy, agrees with Hancock’s approach. “Forests have an important role to play in addressing this global crisis, and now there is a marketplace to pay landowners to manage their forests with climate change in mind. If we do forestry right, we can keep the working lands and enhance carbon storage on the site.”

So how does it all work?

Managing a Forest for Carbon

As UVM professor and co-author of “Forest Carbon: An Essential Natural Solution for Climate Change,” Tony D’Amato explains, forests collect and store different amounts of carbon at various stages of growth. While younger forests (30 to 70 years old) will have a high rate of carbon sequestration— i.e. the process of pulling carbon dioxide from the air through photosynthesis to support growth—a forest’s ability to store carbon increases with age, peaking at around 200 years. 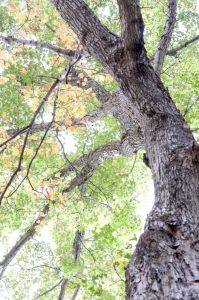 While the obvious conclusion might be to simply allow Vermont’s forests to age, D’Amato presents a more nuanced recommendation.

“Forest carbon projects that incentivize working lands, like the Cold Hollow Carbon project, are the most exemplary and most sustainable in the world,” said D’Amato. “It’s a risk to take a single-focus approach to managing such a diverse resource without thinking through the consequences.”

He points, for example, to the fact that wood used for construction and furniture building, continues to store carbon, sometimes for multiple generations. Sourced locally, that table or timber frame beam has a minimal carbon footprint. However, if local timber is unavailable, that wood is more likely to be shipped from other parts of the U.S. or overseas, often traveling around the world before finding its permanent home, which adds considerable carbon emissions to the atmosphere.

What’s more, Vermont’s forests are not pristine, old-growth forests. Due to clearing for grazing in the 1800s, most of our trees are “teenagers” and the forests lack the diversity of composition that is not only ideal for carbon sequestration and storage, but also the most resilient to invasive species and severe weather events.

“Forests are part of the solution to climate change,” said Mike Snyder, Vermont’s commissioner of Forests, Parks, and Recreation, “but they are also vulnerable to the effects of climate change. We have to look at the whole picture.” 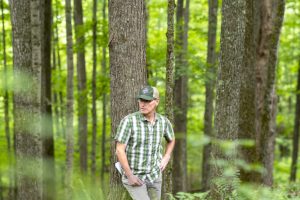 Mike Snyder, Vermont’s Commissioner of Forests, Parks, and Recreation, says that forests are part of the solution to climate change yet also vulnerable to the effects of climate change. Photo by Erica Houskeeper.

Snyder, Hancock, and D’Amato all advocate for climate-adaptive approaches to forest management that optimize carbon storage and sequestration, while also improving forest resiliency and supporting a local forest products economy. “The most important and effective thing we can do is keep forests as forests,” said Snyder, “and that means managing for integrity and health with carbon storage in mind.”

In practice, that may mean preserving pockets of forest for old-growth and selectively clearing other areas to open up the canopy. It may mean incorporating a timber harvest, or mountain biking trails into the management plan as a source of income for the landowner, or it may mean exploring treatments that encourage migratory songbird nesting. Or all of the above. “There are always trade-offs,” said D’Amato, “but managing for resilience, carbon storage, recreation, and wildlife are not at all mutually exclusive.” 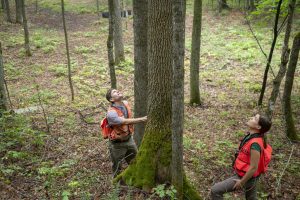 To prove the point, the Cold Hollow Carbon project remains working land. Even if foresters and environmentalists agree that incorporating carbon storage into a forest management plan makes sense for the planet, landowners are not necessarily able to make those kinds of decisions for purely altruistic reasons.

Under increasing pressure from both a regulatory and consumer values standpoint, organizations are looking for ways to offset their carbon footprints by investing in solutions to climate change that negate or balance the negative impact of their business operations. The voluntary carbon market relies on registries such as the American Carbon Registry to verify, trade, and track offsets, allowing businesses to purchase carbon offsets and in turn support offset projects around the globe, including Improved Forest Management.

Eligibility, however, requires extensive inventory measurement and strict monitoring to ensure that a forest provides the carbon benefit promised. For most Vermont landowners, whose parcels range from 10 to 200 acres, the cost of that level of monitoring is prohibitively expensive.

Aggregating the land in the Cold Hollow corridor and entering it into the voluntary carbon market was step one. Step two was pitching it to businesses. “Amazon liked the story,” said Shallow, who was instrumental in bringing the project to Amazon’s attention. “People can visualize supporting happy landowners and preserving a beautiful landscape here in Vermont. We have the story and the charisma, which is important to both the companies and their customers.” More broadly, Shallow sees an opportunity to export the co-op model that Vermont led the way in developing to other parts of the world. The Nature Conservancy is currently looking at lessons from the Cold Hollow Carbon project to see if the model could work for two other locations in North America.

Shallow points out that Vermont was uniquely situated to pilot the co-op model. Communities of scale, a history of government, non-profits, and the private sector working together for the common good, and a rich tradition of working forests all came together in the Cold Hollow Carbon project. Hancock adds that most of the landowners who agreed to participate were people he knew personally through his work as a consulting forester.

“Humanity will benefit from protecting and maintaining forests,” said Shallow. “So, the question is, can the ‘special sauce’ we found in Cold Hollow be exported to other parts of the world?”

While The Nature Conservancy pursues those opportunities, Mike Snyder, the Vermont Land Trust, and others continue to push the carbon conversation here in Vermont. Snyder is looking at the role state lands might play, perhaps as an anchor for larger aggregated parcels or to launch additional pilots.

“Forests are the lungs of the planet,” said Snyder, “and keeping them healthy and intact is the most important thing we can do.”

Snyder has also hired the state’s first climate forester, Alexandra Kosiba, a “brilliant and energetic” UVM-trained forester who will take the lead on educating Vermont stakeholders about the benefits of managing for carbon.

“We have been overlooking nature as part of the solution to climate change,” said Shallow. “Vermont is a critical location in North America and is leading the way in demonstrating how actively managed forests can support both the local economy and climate health of the planet.”

The Vermont Forest Industry Network creates the space for industry professionals from across the entire supply chain and trade association partners throughout the state to build stronger relationships and collaboration throughout the industry.