Identification and Treatment of Invasive Insects 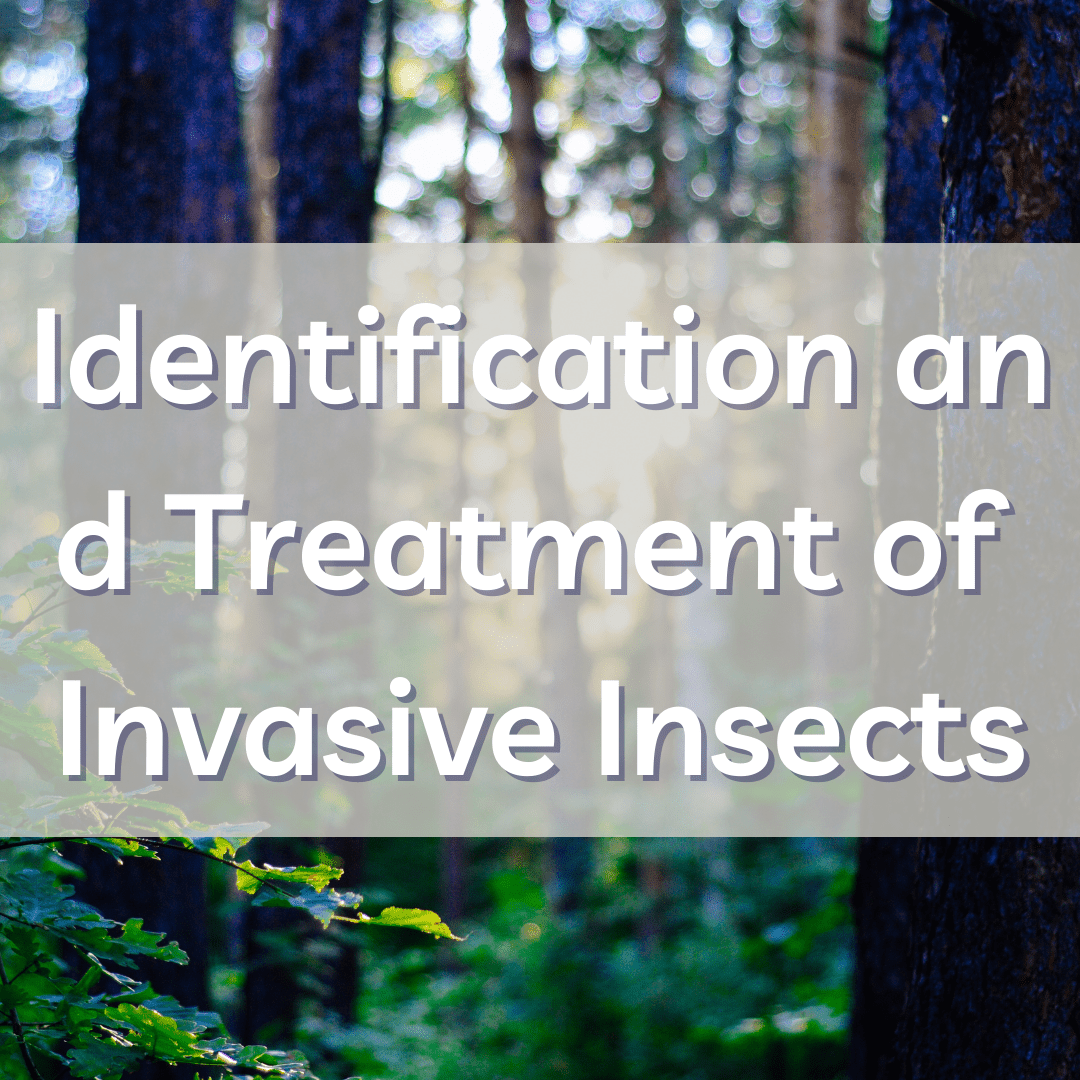 Identification and Treatment of Invasive Insects

Forest pests are accumulating in the United States at a rate of 2.5 new pests and pathogens a year – and
once they are here, they can be hard to eradicate.

According to the June 2021 update from the State of Vermont’s Department of Forests, Parks & Recreation, the state observed sightings of Emerald Ash Borer (EAB) and Lymantria dispar dispar (LDD) caterpillars. Other pests, such as hemlock woolly adelgid (HWA) are known to be in the state. Each pest operates differently and presents new challenges to foresters, landowners, and the future of Vermont’sforests.

Emerald ash borer first entered the state in 2018 in Orange County, and has since been spotted in many counties, with the most recent detection in Colchester.

EAB moves swiftly and aggressively and can kill a tree in 3-5 years. An EAB infestation can be hard to spot – once you find it, the borer may have already been there for a few years. Take a walk in your woodland and look for ash trees that have a small, D-shaped exit hole on the tree. Another indicator are the beetles themselves, which are metallic green and ½ of an inch long. They can be spotted in the summer months. Foresters recommend reporting any beetle that is suspicious through Vermont
Invasives, which also has pictures of EAB among other pests.

If you believe EAB is a threat on your land based on the range of the pest, the state recommends immediately contacting your local forester, logger, or arborist professional to preserve and harvest ash trees. Ash composes 5% of the trees in Vermont and protecting them is of high importance. According to many scientists and foresters, removing ash will not eradicate all EAB, and consulting with a forester is the best pathway to see if you can – or should—harvest ash.

The summer of 2021 was one of the most intense LDD caterpillar years for Vermont since 1991. LDD caterpillars, or Lymantria dispar dispar (previously known as gypsy moth) have been found throughout the Champlain Valley and from Highgate through Rutland. This moth occurs when conditions are just right. The past few years have been very dry, which has kept levels down of a fungus that in turn usually keeps the moth population in check.

LDD caterpillars are defoliators and attack primarily oaks. The caterpillar responsible for the damage is brown and fuzzy, and about 1.5-2.5 inches long. Trees can survive a year of defoliation, but weaker trees that may already be drought-stressed can have a hard time bouncing back. This summer, defoliation can be seen throughout the Champlain Valley in large swaths of leafless trees.

The benefit of this pest is that it is cyclical – weather, fungal abundance, and other factors control an outbreak. Still, management options are available.

Egg masses can be removed by hand and chemical control is available to kill larvae in the early stages. According to recommendations from Vermont Forest Biology Lab pathologist Savannah Ferreira, installing burlap bands around trunks in the fall can prevent moths from laying their eggs on the trees themselves. Another method is installing sticky bands on the trunk and lowest tree branches. Caterpillars will get stuck on them and die.

It’s easiest to spot the wool of HWA. The small insect leaves wool tracks on the underside of hemlock needle clusters, looking like a stretched cotton ball. This species is relatively new to southern Vermont and it’s important to report any signs of the insect, including yellowing hemlock needles that could indicate the tree is under attack. Since birds can transport HWA, taking down bird feeders from April through August could limit transportation of the insect.

Climate change could also continue to impact the severity of pest outbreaks. June temperatures were 4.5 F on average, which was 1.7 degrees warmer than last year, and precipitation was also greater than last June. Much of the state was also considered to be in moderate to abnormally dry conditions. While this July was cooler than July 2020, it was much wetter at 100-300% more rain than historically normal. These conditions could expand the ranges where pests can live and allow them to overwinter more successfully.

Monitoring your woodlot and staying up-to-date on forest pests are two of the most important steps to ensuring a healthy, adaptable future for the woodlands of Vermont.